As UK Piling Contractors anytime we see an interesting building our mind immediately goes to what’s going on beneath the surface. Here we’ve delved a little deeper into the construction and foundations of 5 of the most recognisable buildings in the UK.

Over the years the Elizabeth Tower has developed a lean so pronounced that it can be seen with the naked eye. The tower is often affectionately referred to as ‘Big Ben’, although this is actually the name of the bell that is found inside the Elizabeth Tower. Foundation stone for the tower was laid on September 28, 1843, and its foundations were dug at 10 ft, or 3 metres deep.

However due to the natural settlement, and work to the Jubilee Line tunnels and nearby underground car park, the tower now leans 220mm towards the northwest, or with an inclination of about 0.2 degrees. According to the Parliament website, the lean does not currently present any concerns and the tower is closely monitored. 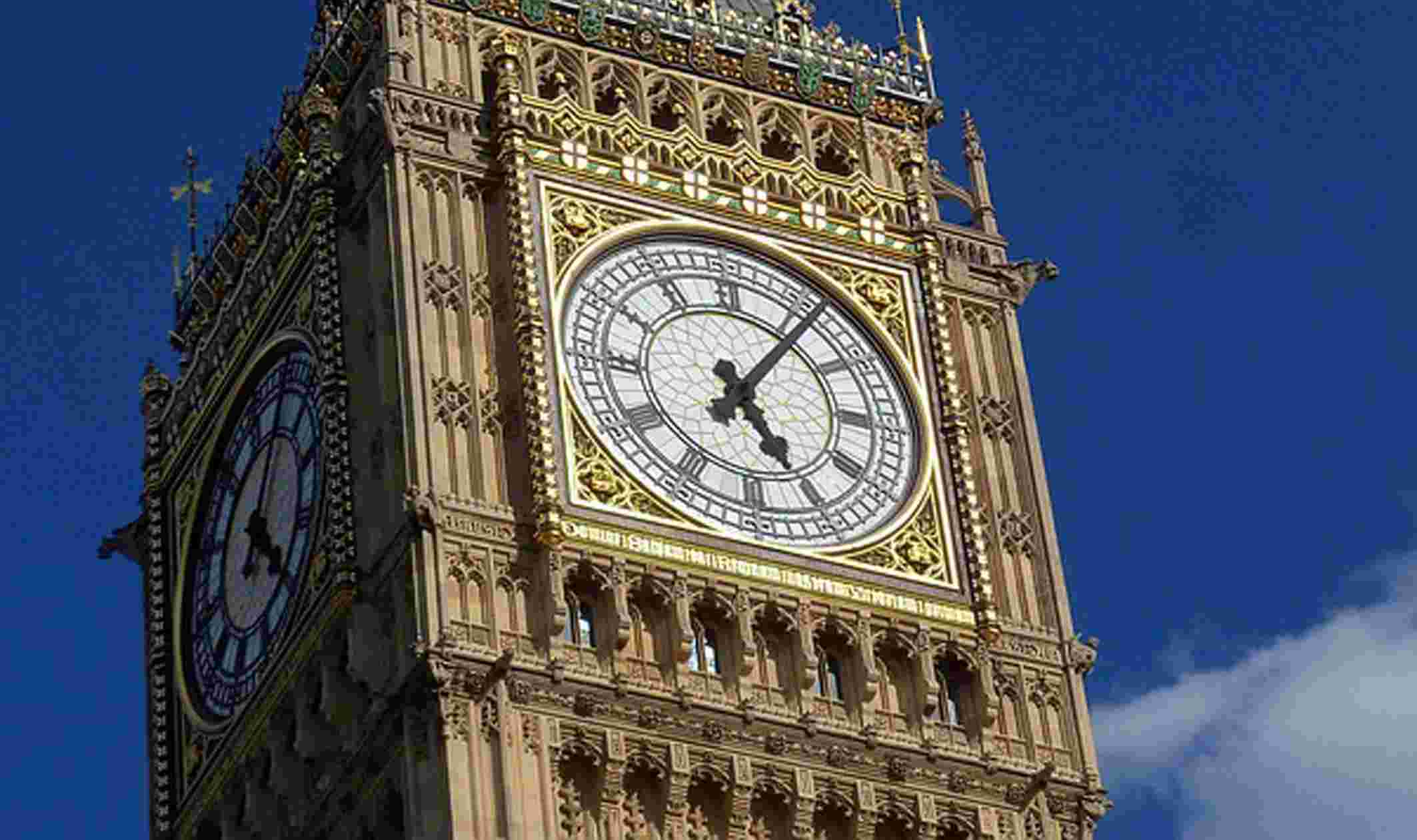 The Brighton i360 Tower, Brighton

Designed and engineered by the team behind the London Eye, the Brighton i360 tower stands at 162 metres high. It’s only 4.5 metres in diameter, making it the most slender tower in the World. It’s built on a Grade 1 listed site very close to the water, which means that it’s foundations need to go very deep. The i360 was built using a mix of secant and bearing piles.

The bearing piles range from 13 to 20 metres deep and act as stilts to hold the building securely in the chalk strata below the site. The secant piles are 10 metres deep. They’re used to create the basement wall and ‘hold back’ the surrounding shingle so that space could be excavated. Continuous flight auger (CFA) piles were used, which use a mix of concrete and steel for maximum strength. The Brighton i360 tower opened its doors in 2016. 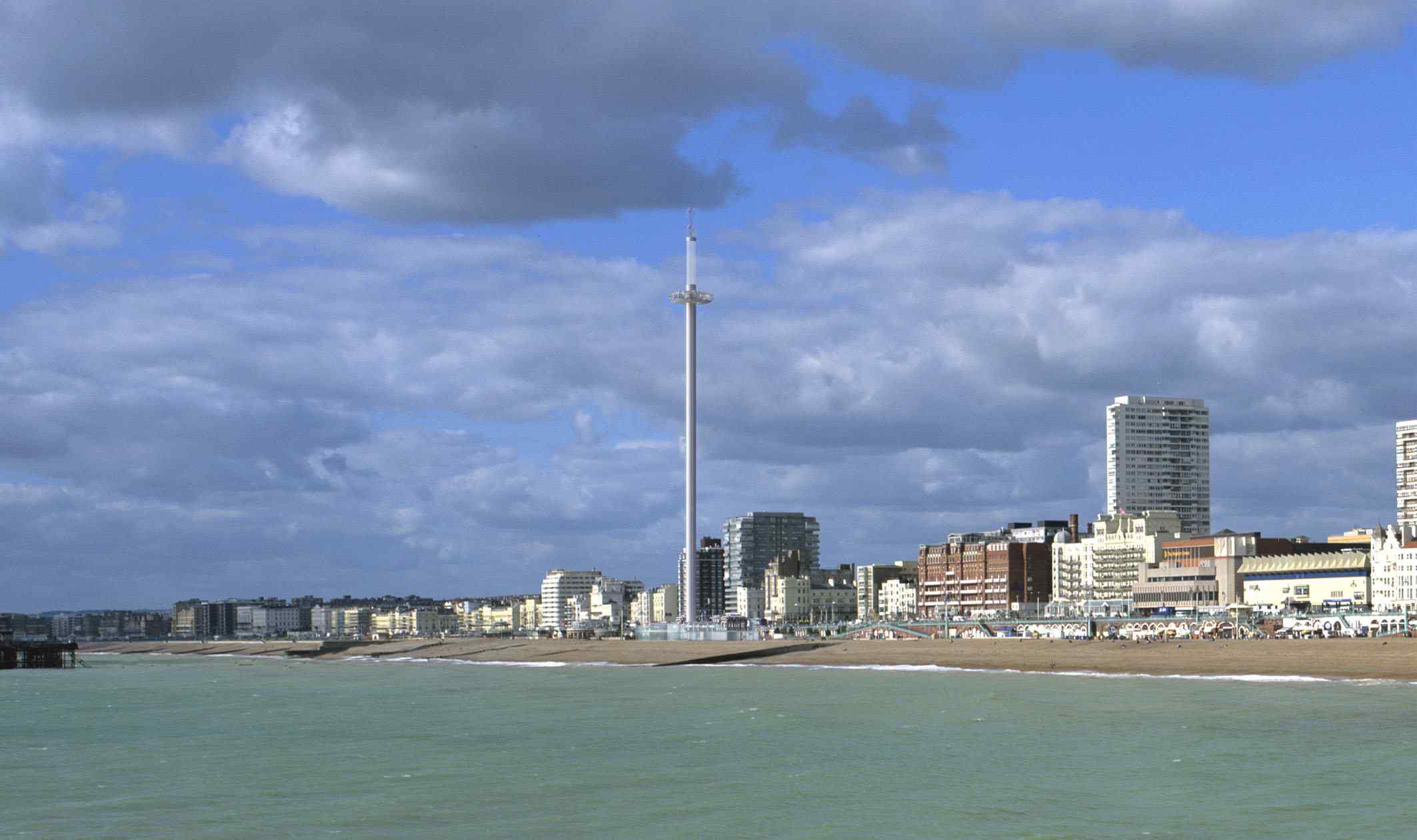 As the first structure in Britain to be built from cast iron, brick and stone, with no structural wood, the Albert Dock in Liverpool was the first non-combustible warehouse system in the world. However, although the above ground structures are free from wood, the foundations contain 13,729 piles of timber which would stretch for 48 miles (77 km) in length if they were laid end to end.

Because of its location on the River Mersey and the ‘quicksand’ nature of the Mersey’s tidal silt, the dock needed very heavily supportive foundations. The Albert Dock has been through many incarnations. It originally opened in 1846 and was used to store cargo such as brandy, silk, tobacco and sugar. However, in the 1900s the amount of commercial shipping activity in Liverpool had started to dwindle and by 1981 the entire complex was derelict.

Luckily, in 1983 the Merseyside Development Corporation and the specially created Albert Dock Company signed an agreement to redevelop the dock, and it reopened in 2003. 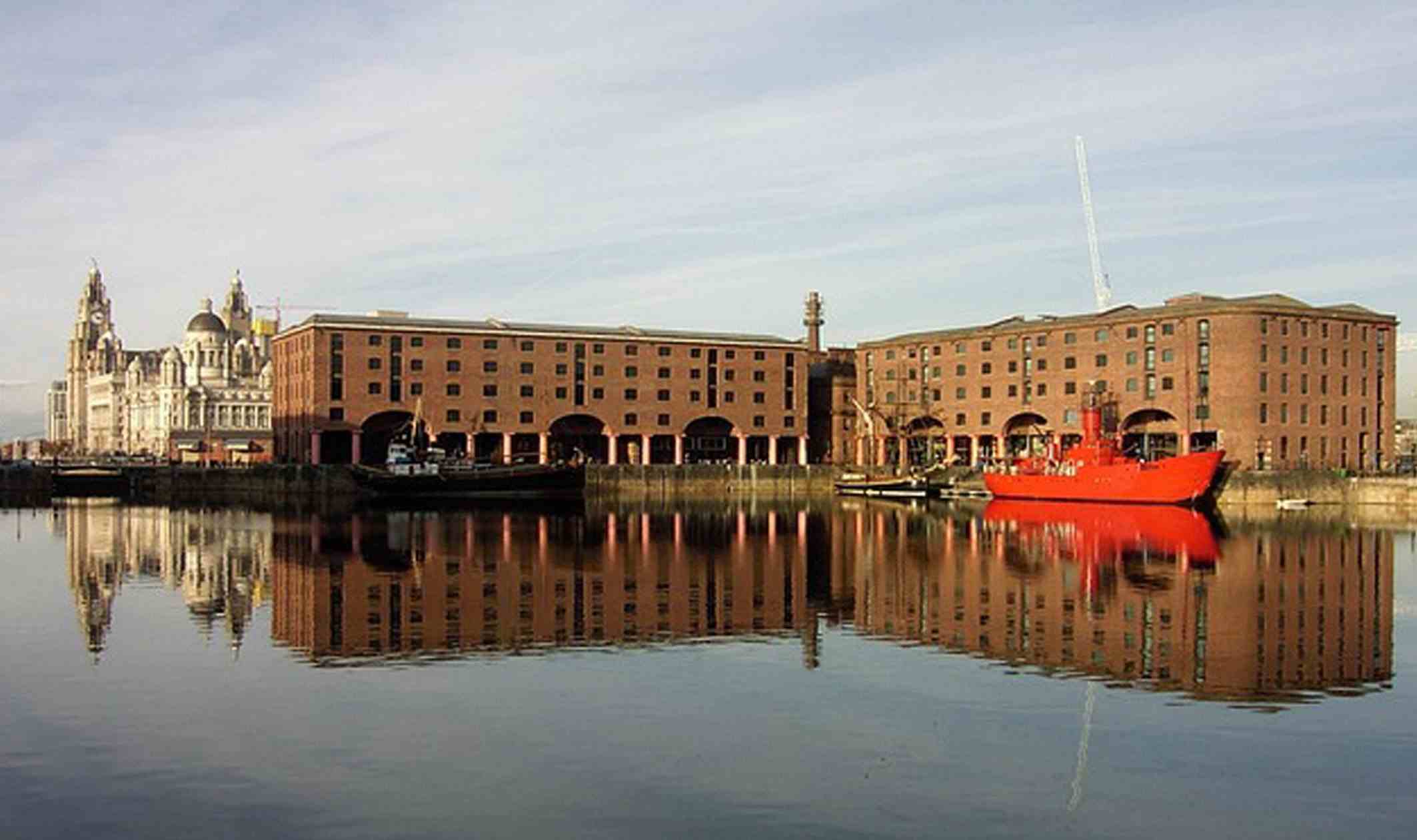 With a reputation as being, ‘the most civilised skyscraper in the world’, the Gherkin is such an integral part of the London skyline that it’s almost difficult to remember a time before it existed.

Construction began in 2001 and finished in 2003. 7,429 panes of glass were used when creating the tower, which is the equivalent to three football pitches. The foundations consist of 333 750mm diameter straight-shafted piles into London Clay, with the total length of piles equalling 9 km.

Interestingly, during the early stages of construction the grave of a young Romanian girl, estimated to be around 1600 years old, was discovered. The girl’s remains were moved to the Museum of London while the tower was being constructed, and at the request of the developers of the Gherkin, she was reburied on the site in 2007. 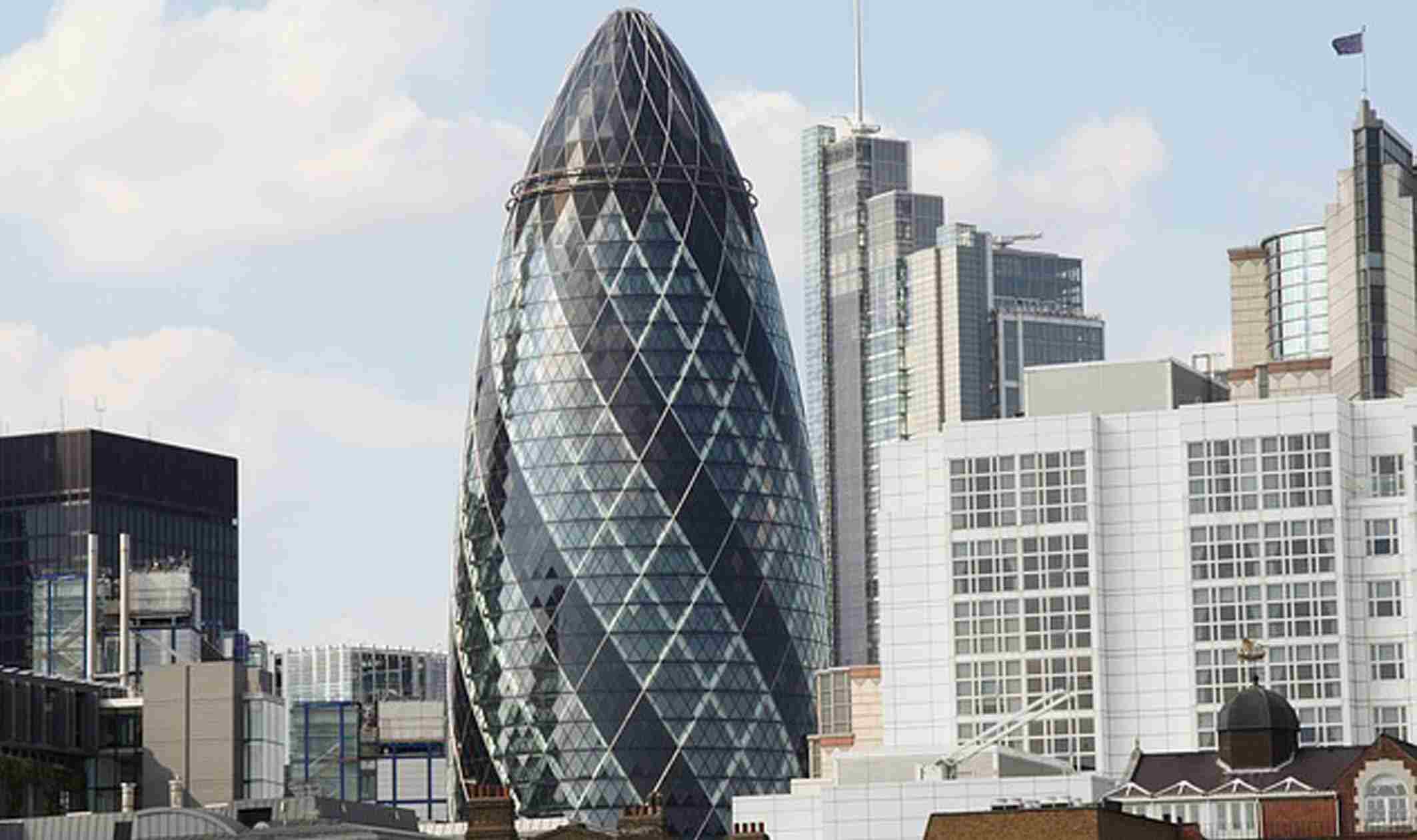 The Bank of England, London

Construction for the Bank of England first started in 1732 in Threadneedle Street but by the 1920s it needed serious extending thanks to increasing workload and staff. The new structure was built between 1924 and 1933 and consists of 7 storeys above ground and 3 below.

This meant excavating down 15.2 metres to create 3 basement levels to accommodate the vaults and foundations. The extension work required included extensive underpinning, substantial retaining walls, and the rebuilding of the banking halls to an open-plan layout.

As with most excavation work in London, work was complicated thanks to the London Underground train lines, sewer and services lines that run under the streets. To this day, the gold bars that are housed in the underground vaults have to be carefully stacked so they are not too heavy for the surrounding clay. 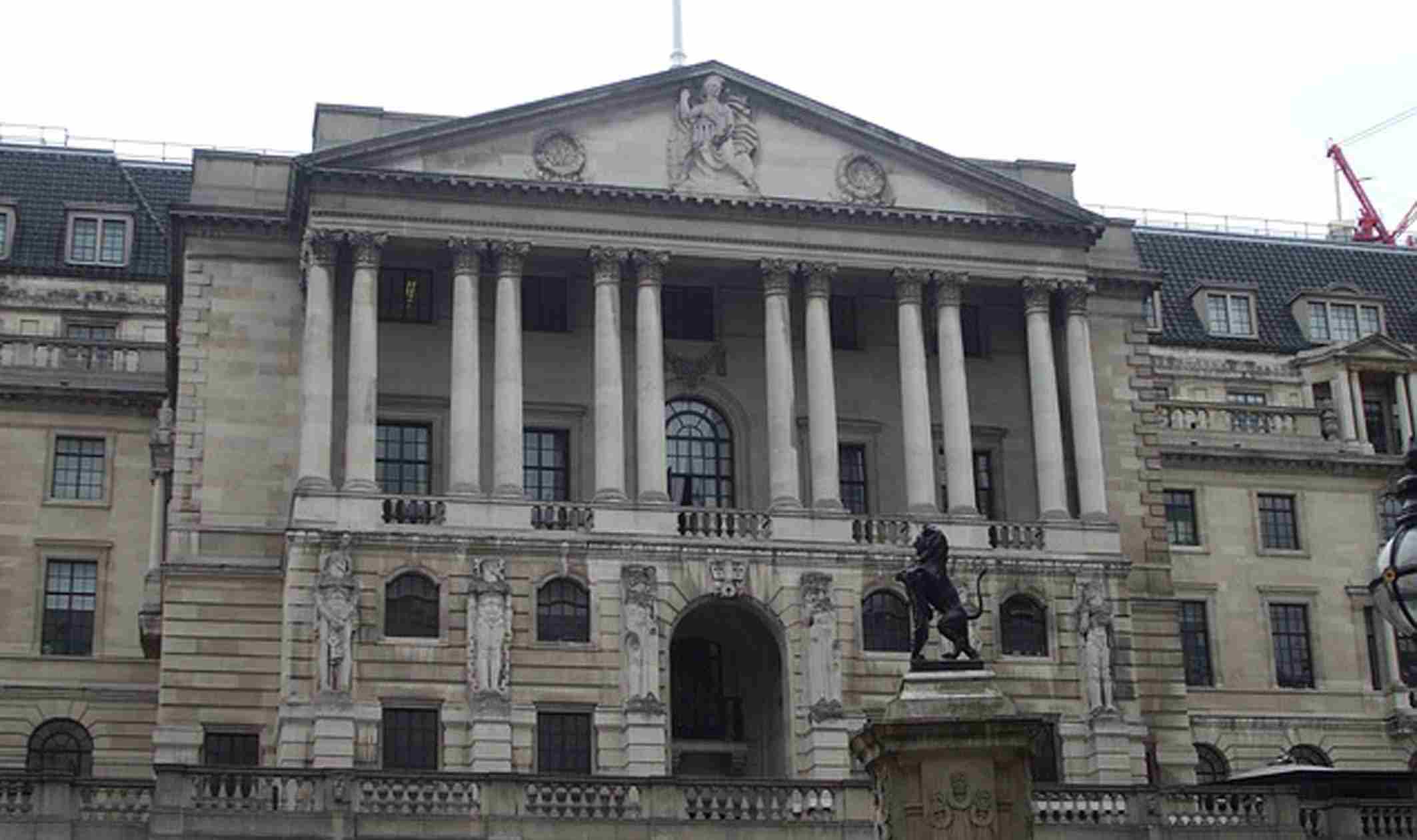 Dart & Co Foundations are specialist UK Piling Contractors that provide piling, underpinning and foundations solutions in the UK. For more information or to enquire about a project, please give us a call or fill out our contact form.